Visit our sister site: Easy Weeknight
You are here: Home / How To / Chow Mein vs Lo Mein
Chow Mein vs. Lo Mein - learn the differences between chow mein and lo mein noodles, including recipes, cooking methods, techniques and nutrition facts. 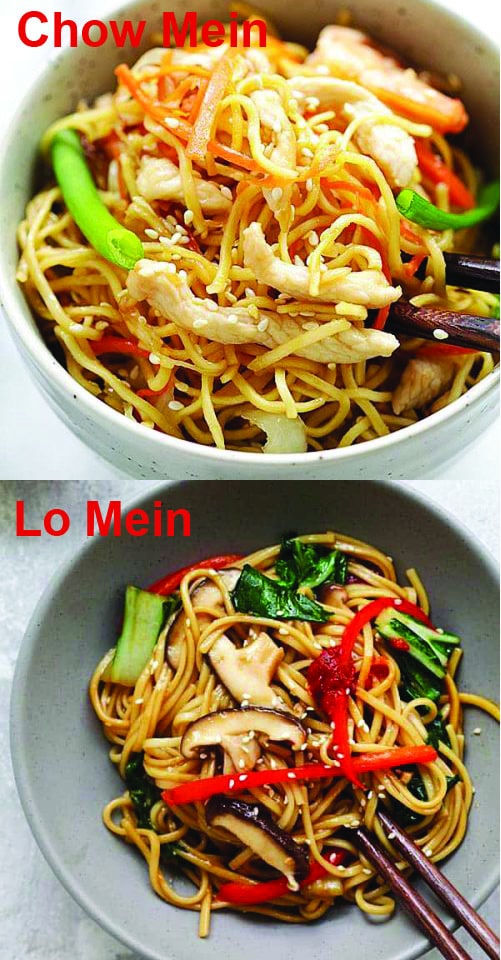 Many people ask me this question. What is chow mein? What is Lo Mein?

I am an expert in Chinese food so I will explain in details.

What’s the difference between Chow Mein and Lo Mein?

Here are the main differences between the two popular Chinese noodles:

Below are different chow mein recipes on my site, all using traditional stir-frying techniques to make and cook the noodles.

Here are the lo mein recipes. Lo Mein noodles are generously coated with sauce and wet.